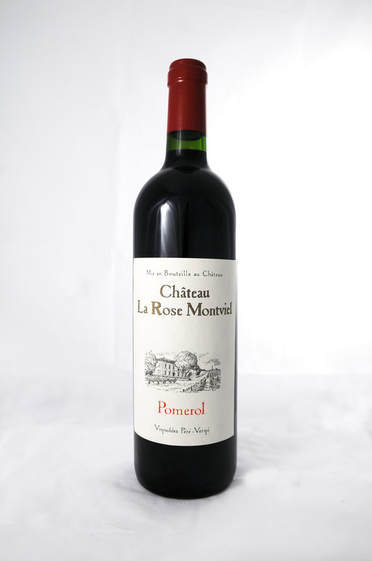 Available only for Florida Distribution
TERROIR
6 HA (15 acres) located on the bottom of the slopes down to the Pomerol Plateau. Many blocks from 0.2 ha to 0.8 ha (0.5 to 2 acres) are the components of the wine. The soils of those blocks are composed by a blend of clay and gravel in different proportions following the blocks, but they have in common their sub soils which always have a layer of ''crasse de fer''; a layer of rusted iron which gives its special taste to the wine.
GRAPES
90% Merlot which brings roudness, power and fruit, and 10% Cabernet Franc which gives structure and vivacity.
PRODUCTION
Around 26.000 bottles
VINEYARD
The vines are cane-pruned (simple Guyot) in order to produce low yields. Leafing and green harvest are systematic. That allows us to use as less chemicals as possible to protect the vineyards, in providing good clusters aeration and keep them rot free. Picking is made only by hand, and the grapes are bought to the winery in small bins. Only 10kg (22lbs) per bi, to make sure that the clusters are not crushed sorting at the winery.
Winemaking Method
Once the whole clusters are the winery, they are sorted 2 time. One time before destemming, and second time after, just before to be put in tanks for alcoholic fermentation.
The grapes will stay in tanks around 4 to 5 weeks.
Before the alcoholic fermentation, the grapes are kept at cool temperature, between 8C to 10C 948F to 50F) during five to eight days, in order to extract flavors and color.
Then the fermentation starts, and the temperature of the fermenting wine is kept at 30C (86F) for extracting structure. The fermentation lasts in average two weeks. During those 2 weeks, daily pun-overs and punch-down are made for extracting maximin structure, color and power.
After the end of the alcoholic fermentation, the wine stays with the skins of the berries one or two more weeks, and then the tanks are devated.
The press wine is separated from the first wine, and they are both put in French oak barrels., 50% one year old barrels, and 50% two year old barrels. The malolactic fermentation is made in those barrels, and after a racking the wine stays 16 months in the same barrels for aging.
At the end, after 16 months, the different barrels are tasted and blended by Michel Rolland, who decides if the press wine is good enough to be blended with the first wine.